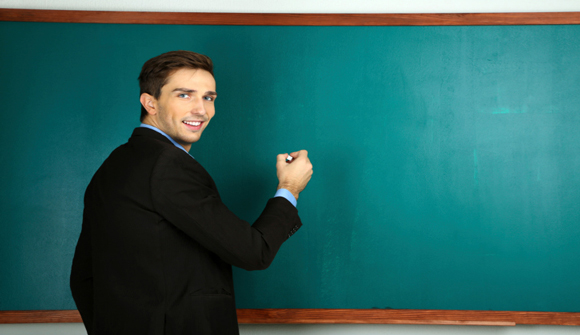 In a few days the Swiss people will go to the polls to decide whether the Swiss central bank is to be required to hold 20% of its reserves in the form of gold. Polls show that the gold requirement is favored by the less well off and opposed by wealthy Swiss invested in stocks. These poll results provide new insight into the real reason for Quantitative Easing by the Federal Reserve and European Central Bank.

The vote is clearly a vote about income shares between the rich and the poor. The Swiss establishment opposes the gold-backed franc, as does Washington.

A few years ago the Swiss government, after experiencing a strong rise in the exchange value of the Swiss franc as a result of dollar and euro inflows seeking safety in the Swiss franc, decided to expand the Swiss money supply in line with the foreign currency inflows in order to stop the rise of the franc. The liquidity supplied by the central bank creating new francs has stopped the rise of the franc and supports exports and stock prices. As a vote in favor of a gold backed franc is not in the interest of the elite, it is unclear that the vote will be honest.

What does this tell us about the Federal Reserve's policy of Quantitative Easing, which is an euphemism for printing an enormous amount of new dollars?

The claim based in disproven Phillips Curve theory that the Fed's policy is directed at helping the overall economy is another example of the deception practiced by US authorities. The real purpose of QE is to drive up the wealth and income of the one percent by providing the liquidity that flows into financial asset prices such as stocks and bonds.

Since the 2008 US recession, skeptics of the Fed's explanation of QE as support for the US economy have stressed instead that the purpose of US economic policy has been to support the federal deficit at low interest rate costs and to support the balance sheets of the troubled banks by pushing up the prices of debt-related derivatives on the banks balance sheets.

These have been important purposes, but it now appears that the main purpose has been to make the rich richer. This is why we have a stock market whose high values are not based in fundamentals but, instead, are based on the outpouring of liquidity by the Federal Reserve. As the economic policy of the US is entirely in the hands of the rich, it is not surprising that the rich use it to enrich themselves at the expense of everyone else. The Fed's monetary policy that enriches the rich by driving up the prices of stocks and bonds also has robbed retirees of hundreds of billions of dollars, perhaps trillions, in lost interest income on their savings. (http://www.lewrockwell.com/2014/11/bill-sardi/how-10000-in-a-bank-in-2008/)

As Nomi Prins and Pam Martens have made clear, QE is not over. The Fed is rolling over its interest and principal payments on its $4.5 trillion bond inventory into new bond purchases, and the banks now infused with $2.6 trillion in cash from the Fed are purchasing the bonds in place of the Fed's QE purchases.

According to the latest news reports, Mario Draghi, the head of the European Central Bank will print all the money necessary to support financial asset prices. http://www.marketwatch.com/story/draghi-says-ecb-will-do-what-it-must-on-asset-buying-to-lift-inflation-2014-11-21?dist=beforebell Draghi, like the Federal Reserve, masks his policy of enriching the rich in Phillips curve terms of driving up inflation in order to support economic growth. Of course, the real purpose is to drive up stock prices.

Like the Fed, the ECB pretends that the money it prints flows into the economy. But given the poor condition of the banks and potential borrowers, loan volume is low. Instead the money created by central banks flows into paper financial asset prices. Thus, the monetary policy of the Western world is directed toward supporting the wealth of the rich and worsening the inequality in the distribution of income and wealth.

The rich are far from finished with their pillage. In exchange for campaign donations, state governors are turning over state pension funds to the management of high-fee, high-risk private pension fund managers who do a better job of maximizing their fee income than protecting the nest eggs of retirees. http://www.informationclearinghouse.info/article40287.htm

Throughout the Western world economic policy is run for the sole benefit of the one percent and at the cost of everyone else. The greed and stupidity of the rich are creating ideal conditions for violent revolution. Karl Marx might yet triumph.

This article contributed courtesy of PaulCraigRoberts.org.

Why Nation-States Will Die-Off in the Information Age
June 06, 2021 – By Joe Jarvis

Escaping a System That Traps You in Bureaucracy
May 14, 2021 – By Joe Jarvis

These Tricks can Transform a Peasant into a Prince
April 08, 2021 – By Joe Jarvis